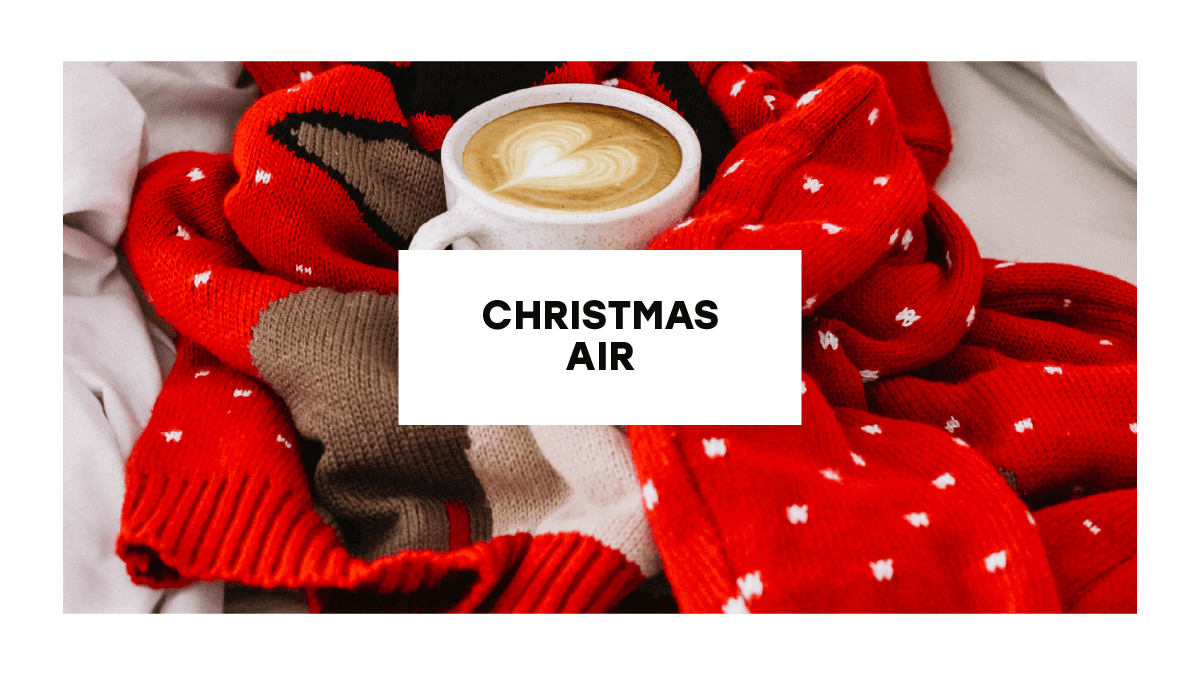 There is something extra-special about Christmas. Well, there should be; after thousands of years of international depravation, witchcraft, and disobedience toward God, the Savior of the world came. If Jesus had not come, the world would have had no hope, and perhaps not even be here today. No wonder heaven was excited, angels were elated, and wise men and prophets were anxious. The host of heaven were busy visiting the earth, preparing the human race of the arrival of the King. From Nazareth to Babylon, they released the message of the imminent appearance of Messiah, and all who heard it responded with wonder and resolve. Christmas was coming; it was in the air.

We can feel it in the air; strife, tension, hurt, and even the threat of danger. Evil has a marker, and animals and children are often more sensitive to it then adults.

We don’t make note of it as much as we should, but a clean and refreshing atmosphere is also detectable. Many people who enter our home tell us they are refreshed by the peace and presence of the Lord.

There is an atmospheric condition that is even more special than that. It can be felt when God is about to do something extra-special for us. Have you ever sensed the glory of the Lord in the atmosphere?

At the same time as Jesus was being born, an angel appeared to the shepherds of Bethlehem. They were just common folk, but now, at this late date, they were invited to the celebration. The glory of the Lord shone around them. It was as if a dome of heavenly light, perhaps just hundreds of feet wide, capsulated them in godly splendor. They were chosen while others, just a field away, were oblivious to this angelic visitation. When the atmosphere changes, others may not be aware, but you know it. Even so, the shepherds were terrified. They recognized God’s glory, for they spoke of it later, but they were terrified because they had never been visited by such a powerful messenger before. He told them not to be afraid, and after they relaxed, they realized that the atmosphere was charged with throne-room fire. They were surrounded with Christmas air. It was amazing!

For those who receive the gift of the Holy Spirit, Christmas air is not just for Christmas. It surrounds us when we walk with the Lord, when we worship Him, and when He is about to do something special.

After the angel spoke of the birth of Jesus and how the shepherds could find Him, the sky erupted with an increase of amazing celebration. In an instant, Christmas air rose from being magnificent to being absolutely glorious. Scripture records it as follows.

“Suddenly a great company of heavenly host appeared with the angel praising God and saying, “Glory to God in the highest, and on earth peace to men on whom his favor rests.”” Lk. 2:13-14

The atmosphere had exploded, as if for a moment, heaven had come to earth. There had been many visitations of angels on the earth before, but not usually like this. They had come as soldiers and warriors, but now they were coming in pure celebration. Their champion had arrived to fix a desperate world in need of a Savior. They knew His power and were heralding His greatness and His glory. They were excited!

The atmosphere was charged, like when Jesus first created the heavens and the earth in miraculous splendor. At that time, all the sons of God (the angels) shouted for joy.

Not since then, had such excitement spilled forth onto this planet. This glorious atmosphere is normal in heaven, but not for earth. But now, Christmas was in the air and nothing would be the same again.

Two thousand years later we are still celebrating the arrival of the King. He was born in June and not December, but still His birth is venerated and memorialized as the most popular holiday on earth. Common folk, like old fashioned shepherds are still being moved upon by the Holy Spirit and visited by angels in holy array. And precious moments of worship continue to release the glory and wonder of the Messiah’s presence.

A Christmas door opened at Jesus’ birth and it has never been closed.   Jesus fulfilled His initial work 33 years later when, on the cross, He said, “It is finished.” Then, He ascended into heaven and send His Holy Spirit into the world.

Now, its Christmas all year long. We are constantly invited into the throne room of heaven where the angels live. The glory of God is always shining there, and we are welcome to enter boldly, in the name of Jesus.

Through the manifest presence of the Holy Spirit, revelations, visions, dreams and actual angelic visitations, the atmosphere around us can change miraculously. It can shift from, evil to clean and fresh; and even more, it can become magnificent and glorious. The glory of the Lord can shine around us and we can experience Christmas air in every season.

Let the worship of heaven fill your home during this special Jesus time. Let kindness and generosity be the order of the day. Laugh with children and adults alike. Spend quality time with your family. Prepare special dishes and meet with friends and guests. Decorate the halls, the firesides and the streets with lights, wreaths and bells – and worship the Lord though all of it.

Above all, find the quiet place and find quality time with the Lord. Worship Him and make room for tender talks between you and Him.

Perhaps, it will be at twilight or the early dawn, or even on a hillside overlooking Bethlehem. It is there, in the secret place, that you will be refreshed. There, you will see His glory and He will whisper something wonderful just for you.

The shepherds heard the words, “Today in the town of David a Savior has been born to you; he is Christ the Lord. And this will be a sign to you: You will find the baby wrapped in cloths and lying in a manger.” Lk. 2:11-12

Maybe, it has been a rough season for you. You need to hear from Him. He will whisper to you, something like this, “Today, in your town, a Savior has come. He is Christ the Lord. He will give a sign to you so you will find Him.”

Go, like the shepherds did and find Him. You will discover Christmas air, and the atmosphere around you will be charged with fire. Then, breath deep, take in the Christmas air. It will be glorious.