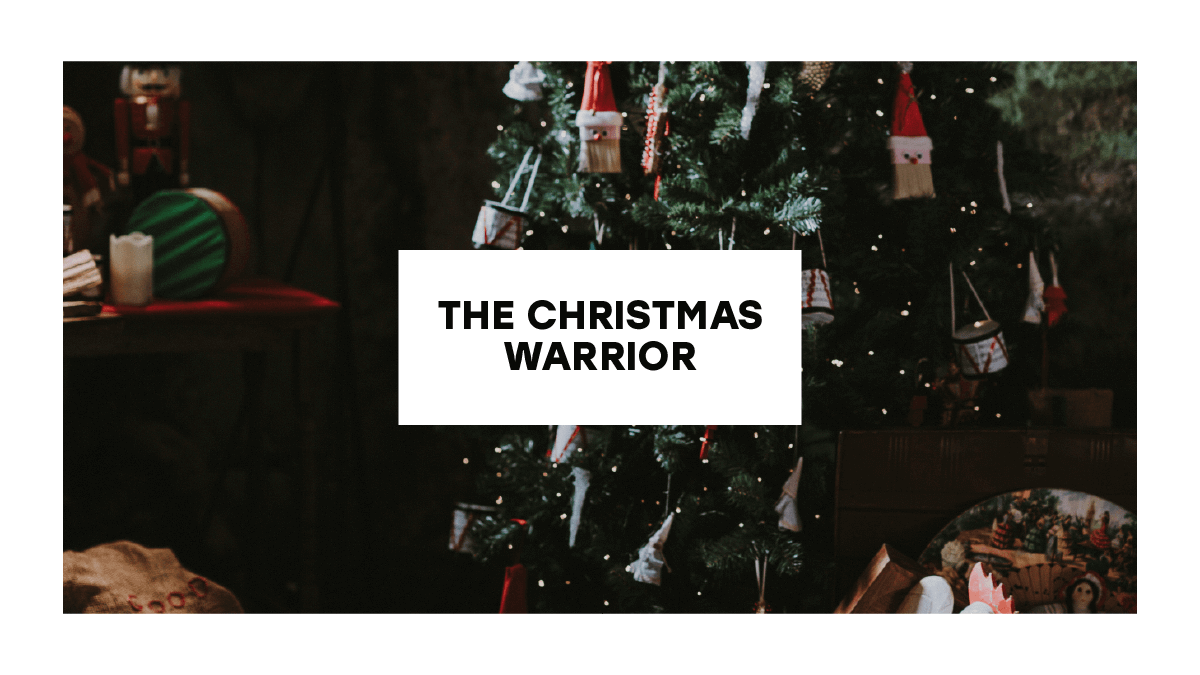 Peace and goodwill toward men; that is the theme of Christmas. We wish that all wars would cease and people would get along together in harmony. That is why Jesus came, but before that will happen a lot of work has to be done. There is a big problem in the world; it is called evil. E, is for ego or pride, V, is for violence. I, is for insatiable greed, and L, is for the lust of uncontrolled desire. These are the works of the flesh. No demon from Hell is more powerful and more destructive than pride, violence, greed, and lust. Those are the soft spots inside of men that demons look for and when they find them they ruin lives. They are everything that is opposite to Christmas. The world needs a champion warrior to eradicate this evil. That warrior has come and His name is Jesus.

The Announcement Terrified Them

The shepherds were terrified when the angels first appeared to announce the birth of the Savior. They recognized God’s glory, for they spoke of it later but they were terrified because they had never been visited by such powerful messengers before. They were told not to be afraid, and soon their fear turned into exhilaration and celebration. It was amazing!

“Suddenly a great company of heavenly host        appeared with the angel praising God and saying, “Glory to God in the highest, and on earth peace to men on whom his favor rests.”” Lk. 2:13-14

This reminds me of Revelation chapter one. John saw Jesus, not as the rabbi of Galilee, but here he received a more complete vision of Jesus. He saw the Warrior King of Heaven bursting with fire. At first, he was terrified and he fell to the ground like a dead man. Then Jesus touched him and told him not to be afraid. Jesus said He was the Alpha and Omega, the Beginning and the End, the one who held the keys of death and Hell. Perhaps John’s fear lifted, but the intensity of this on-going vision had just begun. The shepherds had a similar experience.

The Announcement Surprised Them

The angels said to the shepherds, “Today in the town of David a Savior has been born to you; he is Christ the Lord.” Lk. 2:11

It is the word Savior that seems to have taken on a more gentle meaning in the Christmas story. Many have only envisioned a glorious baby lying in a manger, celebrated by angels and shepherds. The shepherds, however, heard something different. They saw the Savior of the World, The Messiah, The Lord of Glory. He was just a baby, but the words of the angels pointed to a future military rescue. They were looking for a powerful supernatural rescue.

Perhaps something has been lost in translation, because savior means deliverer, defender, one who rescues you from disaster. Before the modern trappings of Christmas tinsel, decorations, and lights, a savior was a warrior. Jesus came as a warrior king. In common terms, He is the ultimate commanding officer. He is a soldier.

One day Jesus will return as a warrior, riding a white horse. He will bear a sword and with it He will strike down the nations, defeat the devil, and take control of the planet.

No doubt, the shepherds thought of Him as a baby who would one day become a military commander. Perhaps, they thought of Him as the one who would deliver Israel from     Roman oppression. His name was Jesus; Joshua in the Hebrew – and that meant deliverer. Like Joshua of old; He would be a mighty warrior. Years later, when Jesus rode into Jerusalem on a donkey, the people thought He would raise an army and save them from Roman occupation.

Heaven’s plan was much more than that. Jesus came for the whole world. He came to overcome the devil, overthrow the systems of wicked men, to set prisoners free, and eradicate evil from the world. There has never been a warrior like the babe of Bethlehem. He is the Warrior King of Heaven; He is the Savior of the World.

Love and kindness are always the first battle strategies with Jesus and His Father. So, this Christmas, let love, kindness, and fun be the order of the day. Laugh with children and adults alike. Spend quality time with family. Prepare special foods, and meet with friends and guests. Decorate the firesides and the streets with lights, wreaths and bells – and worship the Lord of Heaven and earth. I love Christmas. During the season we will discover that it is God’s kindness that leads a man to repentance. The Christmas message draws people to Jesus. Perhaps, it will be at twilight or in the early morning. There, in the secret place, they will find Him and be refreshed, and that will lead them to repentance and evil will be overcome by good.

When I say the salvation army, I am not referring to the Salvation Army church, but to all disciples of Christ. Among other things, we are an army under Jesus’ command.

We are at war and our conquest is the souls of men. We are an army of love and with love we will overcome evil. It is impossible to remove evil without a miracle. Salvation is supernatural, and no one can turn from evil to good without redemption. Christians are witnesses of this redemption. They are the army that leads people to Jesus. That is the only hope for the world. So this Christmas, go to war, be like the Savior and recue the souls of men.

King of Kings and Lord of Lords

The Savior’s present battle strategy is not His final one. This is the strategy of love and multitudes have been saved through it. A second strategy is coming; it is a great shaking. The book of Revelation tells of judgment and tribulation that will shake everything and cause even hardcore sinners to repent by the billions (see, Rev. 7:9-13). Those who can be saved, will be saved, but only when they are shaken by the great tribulation.

Then the third strategy of the Savior comes. At the end of the great shaking, the Warrior King returns to remove evil from the earth by military force (see Rev.19:11-24). The babe of Bethlehem is the Savior of the World and He will do it.

The faithfulness of Jesus’ love endures to all generations. Because of His Father’s love, Jesus will establish a kingdom of righteousness on the earth. He will rescue the planet. He was sent to be the Savior of the World. From the manger to the cross, to His second coming, Jesus is the Warrior King.