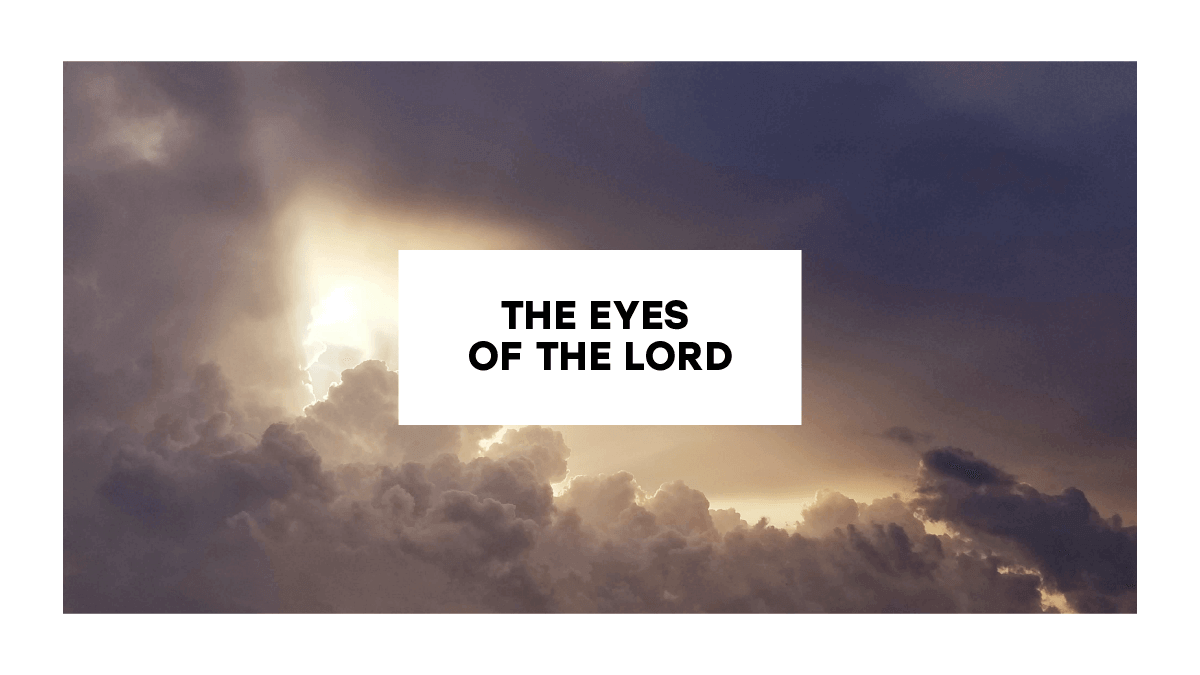 The Lord sees everything. He knows the details of your down sittings and the extent of your uprisings but He is looking for something special. God searches the world to find someone He can bless. He is looking at you to see if you will draw His attention. All people have been created in His image but He is looking for someone special. His focus is not on the color of your skin, your good looks, your amazing personality, or even your academic skill. He is not looking at your outward appearance but at your heart. “The eyes of the Lord range throughout the earth to strengthen those whose hearts are fully committed to him.” II Chr. 16:9 The Lord looks for someone who is totally committed to Him. When He finds that person He strengthens them. The resources of heaven are dispatched to that person and a stream of supernatural life starts to flow toward them. Strength can mean unusual skill, great character, wisdom, endurance, prosperity or physical prowess. Sampson was physical, Solomon gained wisdom, Moses had leadership, Mary was filled with faith, and Peter had courage. The blessings of heaven made each of them extraordinary and it happened because their hearts were fully committed to God.

It runs in the family; wholehearted people usually come from parents who do things with all of their hearts. Perhaps it was the example they saw in their parents who often pushed things to the limit. Being committed to a plan, or even a whim, can be so normal for some that they never over-think the consequences. Like the song says, these people climb every mountain, ford every stream, and follow every rainbow. They calculate, count the cost, believe they can achieve, and then jump off the cliff. Sometimes these people are godly and sometimes they run with the ungodly and embrace criminal activities but they do it with all of their strength. The most notable characters of the Bible were those who lived on the edge, for good or evil. They were extreme and often eccentric. Noah built an ark that took decades to complete. Abraham left his family and traveled to a new land, not knowing where he was going. Sampson ripped apart the jaws of a lion with his bare hands. David was just a lad when he fought a huge giant.

Moses led two million people out into the desert. Under pain of death, Daniel defied the kings command. Jonah told the ship’s captain to throw him overboard. Peter stepped out of the boat and walked on water and Paul traveled as far as Damascus to apprehend and throw Christians into jail even though he was not a police officer. All of these people had something in common – they were extremists. Whatever they did in life, they did it with all of their hearts. They were wholehearted people and the Lord knows, at the end of the day,  who will obey His commands even though His words might be extreme. When He finds these people He adds grace and strength to them.

Jesus came to earth to die for our sins but, before He died, He raised up an army of extreme soldiers. We call them disciples. They turned the world upside down. He knew those who were wholehearted people and He chose them. He bypassed the crowds and chose Peter, John, Matthew and Simon the zealot. He didn’t only choose the twelve but many who we might not have chosen. He went after Zacchaeus the crooked tax collector, the questionable Samaritan woman at Jacob’s well and outspoken Martha, the sister of Lazarus. Whatever these people did, they did it with all of their hearts. The eyes of the Lord are searching throughout the earth to find people who will be totally committed to Him and Jesus, Himself, searched from one end of Israel to the other to find those people. When He found them He gave them amazing blessings and strength. Blind Bartimaeus refused to be quiet, the woman with the issue of blood fought through the crowd to touch the hem of Christ’s garment and even the demon-possessed man ran and fell at Jesus’ feet. These people were more than desperate, they were extreme.

I love the story of Jesus healing the invalid at the pool of Bethesda. The story begins by saying that Jesus went up to Jerusalem at the feast. He was a Jew and He celebrated the Jewish feasts but He went up to Jerusalem to search for those who would be fully committed to His Father. The feast mentioned was probably the Feast of Passover. The feast was about the blood of the lamb covering each Jewish family in Egypt. Jesus is the Lamb of God and He became the fulfillment of the Feast of Passover. He went through the sheep gate to the pool of

Bethesda where a great crowd of sick people was looking for a miracle. Like the sheep that were born in Bethlehem and brought through the sheep gate to the temple, so this crowd of people was the lost sheep of Israel. The runoff water from this pool was used to clean the sacrificial sheep that were brought to the temple and the water from this same pool was also used to fill the mikvehs where the Jews would be cleansed of their sins before they went up to the temple. It might have been that Jesus was thinking of these things as the time drew close for His own death as the sacrificial Lamb of God.

As Jesus approached the pool He saw so many sick people. They were looking at the water to see if it stirred. From time to time, an angel stirred the water, and when that happened, the first person in the pool was instantly healed. A certain man was there who had been sick for 38 years. He could not get into the water quick enough before someone else beat him to it.

There were so many sick people at the pool but that day Jesus only healed one man. What was it about him that drew Christ’s attention? It was not because of his faith in Jesus because later in the story we discover that the man did not know who Jesus was when he was healed. Jesus came to Jerusalem looking for someone who was extreme; someone who would be totally committed to God. From across the pool, He spied him and made His way to him. Jesus asked how long he had been sick. When He discovered it was 38 years and the man was still trying to get in the water,

it was confirmed – this man was not only desperate, he was extreme. Jesus saw things that everyone else missed. He knew the man was courageous and that he would even speak out against the religious Pharisees. It was proven true, for when they rebuked him for carrying his bed on the Sabbath, the man stood his ground, testified of God’s healing power and remained obedient to what Christ had said even though the Pharisees condemned him.

Has God Found You

The eyes of the Lord continue to run to and fro over the face of the earth. He is looking; He is searching through the nations to find those whose hearts are fully committed to Him. Have you drawn heaven’s gaze? Are you fully committed to the Lord? Nothing could be more important for you or your family. The revelation can come to you when you are a young child or a senior citizen but when it comes, follow your heart and give everything to the Lord.

Be like Cornelius who was so committed to the ways of the Lord even before he knew the Lord. He was committed to prayer and giving to the poor and his actions were so unusual that they drew heaven’s gaze and came up as a memorial before God. Just as the scripture says, the Lord blessed him and strengthened him beyond his expectations. He was not a Jew, he was from a different nation but the Lord saw him. The eyes of the Lord are looking at you. Ask yourself the all-important question; are you fully committed to the Lord? If not, it is time to repent and give Him your all. Be extreme, be fully committed and receive God’s favor.